NAME: Gregory Kornbluh
AGE: 41
WHO IS HE: Owner of Downbound Books in Northside 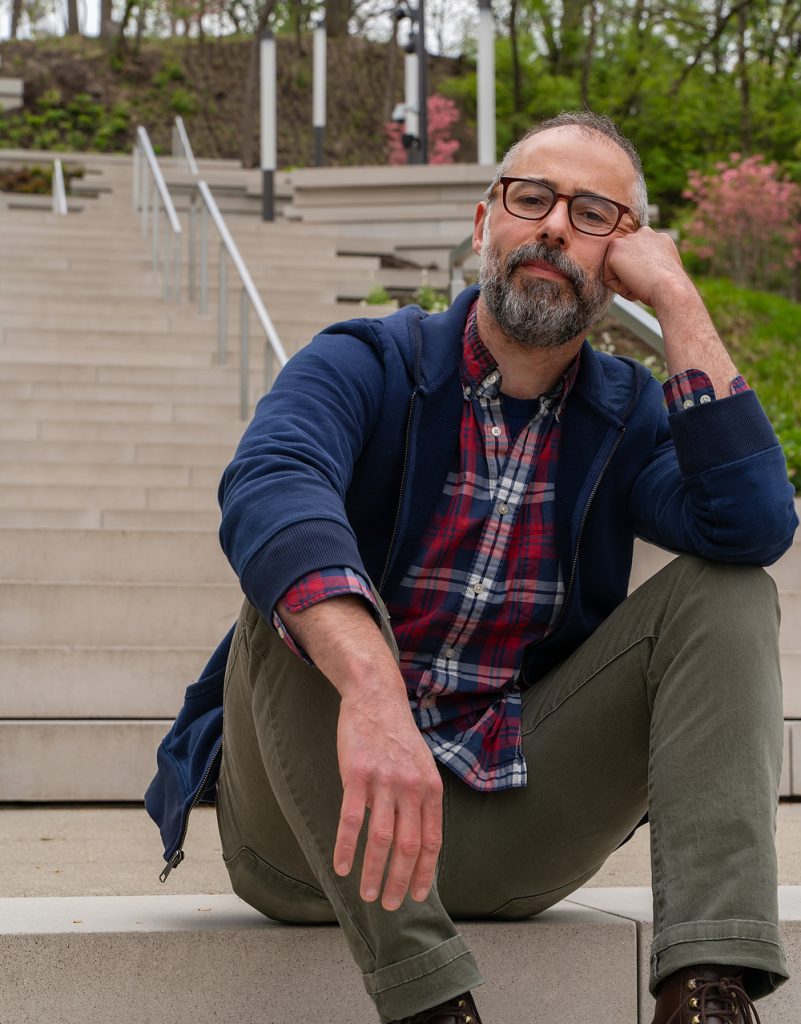 Things took a turn toward rotten at the publishing house where I’d spent a decade, so I decided to leave the company. This was in the Boston/Cambridge area, where I’d been since 2006. I headed home to Cincinnati without a solid plan; I figured I’d spend some time here while figuring out what to do next. Opening a bookstore was something I’d thought about for quite a while, but I had some fairly strong ideas about what I wanted it to be: small space, politically committed, community-minded, focused strongly on books and not much else. That isn’t something every town can support.

Both, definitely. The excitement was about people; I have a bunch of great friends here, many of them boomerangs themselves. The hesitance may well have applied to any place outside of Cambridge. I lived and worked and played in some pretty specific bubbles, and I just wasn’t sure which ones I’d miss and which I was ready to pop.

There are lizards everywhere now! Those little dudes weren’t here before. There’s been plenty of change, I’m sure—some of it the sort of cyclical cooling and uncooling of different neighborhoods, some of it probably more widespread and durable.

There’s a palpable creative energy here that’s really energizing and inspiring. People just make stuff happen, you know? Thanks largely to social media, even for all its flaws, you can tap into it even if you’re an introvert who’s far more inclined to be home with a book than out at an art gallery opening.

Grass is green, houses handsome, the hills still roll, and I’m trying to see what we can build with this little bookshop.