Emily Miller has always been a sassy soul. It’s a trait she proudly picked up from a long line of strong women in her family, and the country artist has always had that side to her—the one that comes out with every growl in her voice. And it’s a side that can be heard all over her empowering new country anthem, “Take the Trash Out.”

“When I’m driving around Nashville with my windows down and this song turned up, I just feel like, ‘this is so me,’ ” she says of the song she wrote with friend and fellow Ohio native Drake Plantz. “It’s a song about taking the trash out of your life, no matter what that trash is. In my case, that trash was a man.” 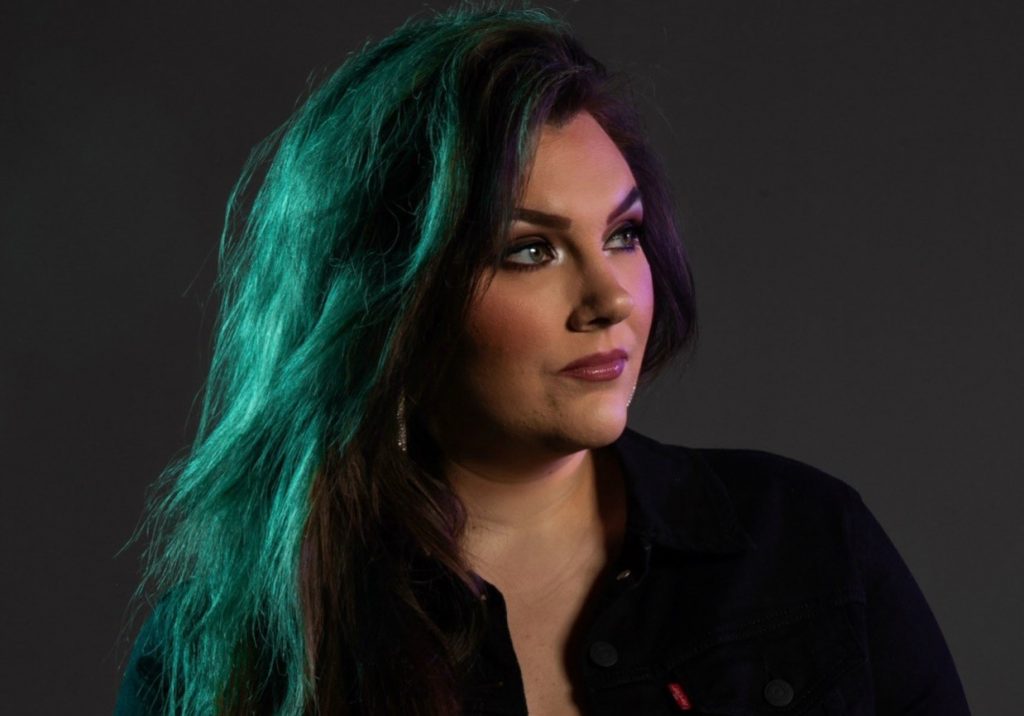 Raised in West Chester, Miller’s sassy sensibilities were long hidden during much of her upbringing, as she searched for a musical home within the much more straight-laced classical genre.

“When I was 7 years old, I started taking piano lessons. And at 11 years old, I sang my first solo at church. And in high school, I started taking vocal lessons and guitar lessons, and began entering a number of classical competitions,” recalls Miller, who would often attend Reds games with her family or catch shows at the Music Hall. “I actually ended up [being] offered an amazing scholarship from Miami University.”

But while her soaring voice showed great potential and great talent within the pocket of the often-highbrow form of music, Miller sensed that she might find a better home for her strong voice somewhere else. And that home was within country music, where she was drawn in by the sounds of country legends like Trisha Yearwood and Reba McEntire.

“While everyone told me I had a good path in classical music and that was where they thought I needed to be, I ultimately knew that wasn’t me,” she says. “It just wasn’t where my heart was. And to be honest, from the moment I went to CMA Fest in Nashville when I was 12 years old, I had known that all I ever was going to want to do is play country music. I knew there was nowhere else I wanted to be.”

So, in 2014, Miller travelled the 484 miles from West Chester to Nashville to attend the prestigious Belmont University, but soon found out that getting accustomed to Music City wasn’t going to be as easy as she thought.

“My roommate moved out two weeks after she moved in, and from that moment on, I was kind of alone,” Miller says. “And I think being by myself, that sense of freedom took advantage of me a little bit. I started skipping some classes and set out to find myself in a non-healthy way. It took me until sophomore year to really start to come around.”

After graduating from Belmont in 2018, Miller dove headfirst into a budding country music career, playing more than 200 shows a year at venues that ranges from the Country Music Hall of Fame to charity events at Cincinnati’s Children’s Hospital. Later this year, she will release her debut EP. But no matter how many shows she plays or how many songs she writes, Miller says she still has moments where she finds the Tennessee town a tad intimidating.

“Nashville is a big city with a small-town feel,” she explains. “The longer you are here, the more you know people, and it becomes very small. But if you make one mistake, most of the town hears about it. And that can be scary.”

But it’s during those uncertain times that Miller says she leans on the strong moral foundations of her youth.

“My parents always told me to stay humble and work hard,” Miller says. “They also always instilled in me to never settle…for anything. There are times when I will think to myself, ‘I deserve this.’ But actually, that taught me that maybe, I deserve even better.”

And while her busy calendar is packed with a slew of writing sessions and upcoming performances, Miller admits that she still craves Friday nights spent with family in West Chester.

“Friday night was always pizza night at our house. Even when I come home now, my dad always wants to get LaRosa’s,” she laughs. “I found one place in Nashville that has pizza that I like—but there is nothing like LaRosa’s.”