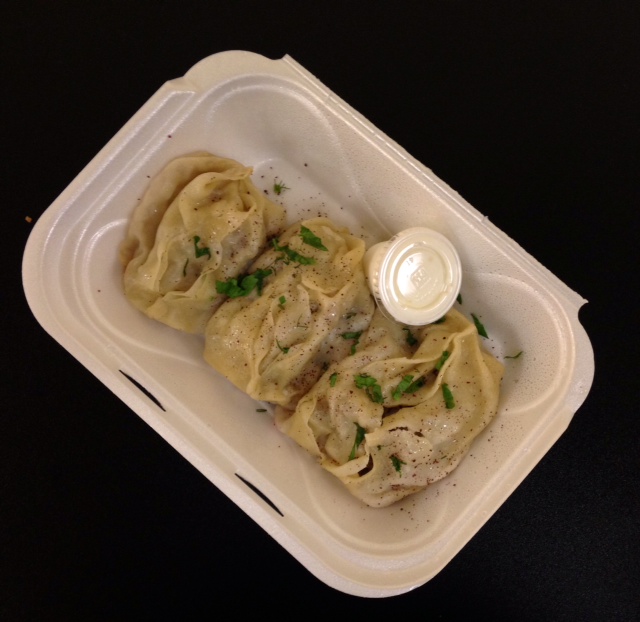 Turkish food isn’t common in our community, so when I got a tip from a co-worker that Oasis Grill in Symmes Township was making manti, I followed up. Oasis covers a delightful range of Eastern European and Central Asian cuisines, including Russian, Georgian, Uzbek, and Turkish. While it may seem broad, what these regions share is a common set of ingredients: primarily lamb and fish, plenty of yogurt or sour cream, and root vegetables like carrots, beets, and potatoes. The manti at Oasis (three giant, poached dumplings for $8) are filled with savory braised beef and lamb studded with just enough minced onion, then lightly tossed in butter. Unlike other preparations, Oasis serves the sour cream on the side, allowing the filling’s flavors to stand on their own. If you choose to slather on the sour cream, that’s your business.