Home Things To Do Broadway’s Anastasia, Moulin Rouge, and More Are Coming to Cincinnati This Fall

This season, Broadway in Cincinnati brings eight of the best and most iconic musicals to the Queen City. From kid-friendly productions such as Annie to hits like Moulin Rouge, there are a variety of shows taking the stage at the Aronoff Center in 2022 and 2023.

The musical’s original rock and roll roots are celebrated in the milestone show. With lyrics and music by Emmy, Grammy, Oscar, and Tony winners Tim Rice and Andrew Lloyd Webber, the show reflects the rock roots that defined a generation. The 50th anniversary production aims to please long-time theater fans of the musical and those who rocked out to the original album that landed on the top of the Billboard charts. “To them in particular, they’re going to get the experience that they remember,” says producer Stephen Gabriel.

With wide acclaim, charming characters, and themes the whole family can appreciate, Annie is one of the most loved musicals of all time. Songs like “Tomorrow” and “It’s the Hard Knock Life” will be stuck in your head. “As a mother myself, I know that sophisticated family fare is always at a premium,” says Jenn Thompson, theater director and director of this national tour. “The fact that these gorgeous life lessons reside in such a beautifully built and wonderfully entertaining show only further makes the case for why Annie never disappoints and always inspires. [Annie’s] brand of optimism isn’t some empty-headed cliché, it is a choice, a calling, a light turned on in a cold, dark night. And my goodness, don’t we need that more now than ever?”

Moulin Rouge! The Musical brings glitzy costumes and elaborate choreography to the stage

Baz Luhrmann’s 2001 film comes to life! The Broadway spectacle is based on Luhrmann’s inspiration—the Greek myth of Orpheus and Eurydice. In this fable, love conquers all and we witness the importance of living for “Truth, Beauty, Freedom, and Love.” The lavish set is what draws you in deeper and the intentional design livens the show.

Inspired by the beloved films, the romantic and adventure-filled musical Anastasia transports audiences from the twilight of the Russian Empire to the euphoria of Paris in the 1920s. Anastasia features more than 125 costumes designed by Linda Cho. Costume Builder Eric Winterling believes costumes are key to telling this story, which ranges from Russia in the 1910s to Paris in the 1920s. “Costumes tell the who, what, where. They have to tell a story,” he says.

The full Broadway in Cincinnati schedule:

Select your seats in person at the Aronoff Center ticket office Monday–Friday or visit the Broadway in Cincinnati website to purchase tickets. Season tickets range from $233 to $795, monthly payment plans available. 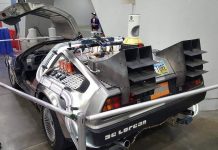