Something about the rot is interesting,” an Art Academy instructor says during a senior critique session at the private art and design college in Over-the-Rhine. Students are presenting the progress of their senior thesis shows, which will be unveiled a few months down the road, and it’s Erika Nj Allen’s turn. A small podium displays a yellow and brown ceramic pineapple, its spiky crown—from actual fruit—decaying inside the clay vessel. Beside it are a green and yellow clay avocado with a real shriveling pit in the middle and a fabricated carrot with natural browning leaves protruding. Framed still life images littering the floor and pinned to the wall feature a fistful of real beets, a cabbage, and a cluster of grapes.

Allen is the oldest person in the room—older even than her two Art Academy instructors. A few years before turning 50, the Guatemala-born mother of three got laid off from her job as a translator for a fossil fuel company and decided to listen to the voice inside her that said You are an artist. She spent nine months getting a GED, then enrolled at the Art Academy. “I say art saves lives,” Allen tells me later, sitting in her Camp Washington studio. “It saved mine.”

When Allen entered the Art Academy nearly four years ago, she was a complete unknown in the Cincinnati art scene. Now she’s seemingly everywhere. In 2019 alone, she participated in at least half a dozen group and solo art shows, spoke on panels and at dinners about her career transition, and became manager of The Welcome Project, a social enterprise program grown out of the art collective Wave Pool that supports refugees and immigrants with art skill classes and store management training.

Paige Williams, academic dean at the Art Academy, says Allen impressed everyone there from day one. “She’s fearless,” Williams says. “When you start something new, particularly in middle age, it takes so much courage to be vulnerable. But she wasn’t afraid to be vulnerable. She’s making connections with anyone and everyone. She has a rich cultural heritage and a diverse background that have helped feed her work and make her a really compassionate artist.”

Allen says it feels like she’s stepped into a dream. “For me, as a Hispanic woman in the United States, this is a huge accomplishment,” she says. “I feel privileged in my own community, and that’s what I use to help other immigrants. I am not their voice, but I show them it can be done. Never give up.”

Erika Nj Allen was born in Guatemala City, Guatemala, where she was raised by her grandmother and, after her grandmother died, by her aunt. Her mother worked as a nanny for an American family in New Orleans but wanted her daughter to grow up in their home country. “Mom was in New Orleans,” Allen says. “She worked hard and sent money every month.”

That support afforded young Erika a private school education and a happy childhood. She would visit her mom in the U.S. on summer breaks, and later met a man there from Northern Kentucky. They married and had three children, moving to Greater Cincinnati after three years in Puerto Rico. The two are now divorced, and Allen is remarried. Her current husband, an artist, encouraged her to pursue photography. “Our whole lives as we were growing up, she always had a camera taking photos and videos,” says one of Allen’s daughters, Lindsey Ferguson. “She keeps every picture she takes.”

Allen entered the Art Academy focused squarely on photography. Ongoing work includes her “Identity Project,” a portrait series in which she photographs people holding a single object that defines them. She likes to develop film either given to her by people she knows or found at second-hand stores, each frame offering a glimpse into another life and time.

One day, at The Welcome Project’s first donation-based ceramics class last summer, Allen found herself playing with clay. She now calls it a turning point in her career, saying the new medium found her when she needed it. “When I’m stressed out or bored, I need to make things,” she says. “I get lost in art. It helps me process and move on.”

In this case, Allen had just had a hysterectomy, a medical procedure that removed her uterus. Her doctor recommended removing her ovaries, too, because of a history of ovarian cancer in her family. She didn’t see why not, but didn’t anticipate the depression, stress, and “dark thoughts” that followed. Allen had dealt with depression before, but not like this.

That day at The Welcome Project, she took a lump of clay and began to make a piece of fruit—a pineapple. Clay replicas of food quickly became an obsession. Allen made art of the food she was eating after her surgery, and the pieces began to mimic the way she felt. Fruit with holes in it. Vegetables with real and fake parts. Food strung together, hanging by a thread.

They are “the representation of how her body feels,” her website explains, “walking with a huge hole, a dead space in her stomach.” She feels as though the top and bottom parts of her body are held up only with two bones, “that her body is an alien element and it doesn’t belong, making her feel out of place as if the real ‘Erika’ has died.”

Even with all of those dark moments, there is resilience,” Allen tells her classmates and teachers during her Art Academy critique. “You’re forever in the moment of what you’re making. Then, all of a sudden, I was out of that black hole.”

Allen isn’t afraid to lay bare her feelings, says friend and fellow photographer Ann Segal, and that endears her to people. She’s approachable, generous, and dedicated, says Williams, noting that Allen has become a leader at the school, serving as a student representative to the board of trustees and finding ways to represent and advocate for nontraditional students. “She’s serving as well as using education for her own purposes,” Williams says.

The work is beginning to pay off. Allen keeps remaking her clay collection because people keep buying the pieces.

During the critique, other artists in the room identify with her struggle with hopelessness and depression, and they discuss how to use the work as an invitation to broach those topics, which are so often avoided in conversation. “I’m not a therapist,” says Allen, “but sometimes all you need is someone to listen to you.” She’s thinking about weaving that idea into her artist’s statement or inviting people to call her later for coffee or to share some of the fresh food she’ll bring to the Art Academy senior thesis show, which opens March 27 during OTR’s Final Friday gallery walk. She’s been surprised by the number of people who have already approached her to talk about their own hysterectomies or depression.

“It’s a life-changing process and a hard thing to go through,” says Segal, who also had the procedure. “It takes a lot out of you for quite a while and, like any surgery, has psychological implications.” Ferguson, her daughter, says she’s proud of Allen’s dedication to becoming an artist. “Every time I doubt myself, she says, ‘Look at me, I’m however many years old and I’m doing it.’”

Allen says that, if anyone takes anything away from her story, it’s that you can follow your dreams. “There are always people willing to help,” she says. “It doesn’t matter how old you are.” 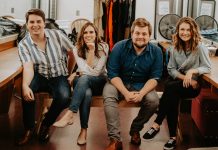 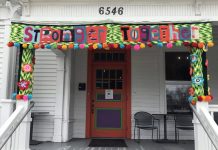 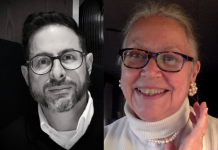