Pizza and craft beer lovers rejoice, because a full-service Dewey’s Pizza location is opening in Covington right next to the Braxton Brewing Co. taproom early next year.

Customers will have the choice of bringing their pizza into the taproom to accompany their brew, or they can dine in the restaurant with Dewey’s full menu of specialty pies, calzones, and salads. “We absolutely love giving people a space to escape and enjoy. With Dewey’s Pizza as our new neighbors, we feel we’ll be able to continue bringing a one-of-a-kind taproom experience to locals,” says Jake Rouse, Co-Founder and CEO of Braxton Brewing Co., in the announcement. 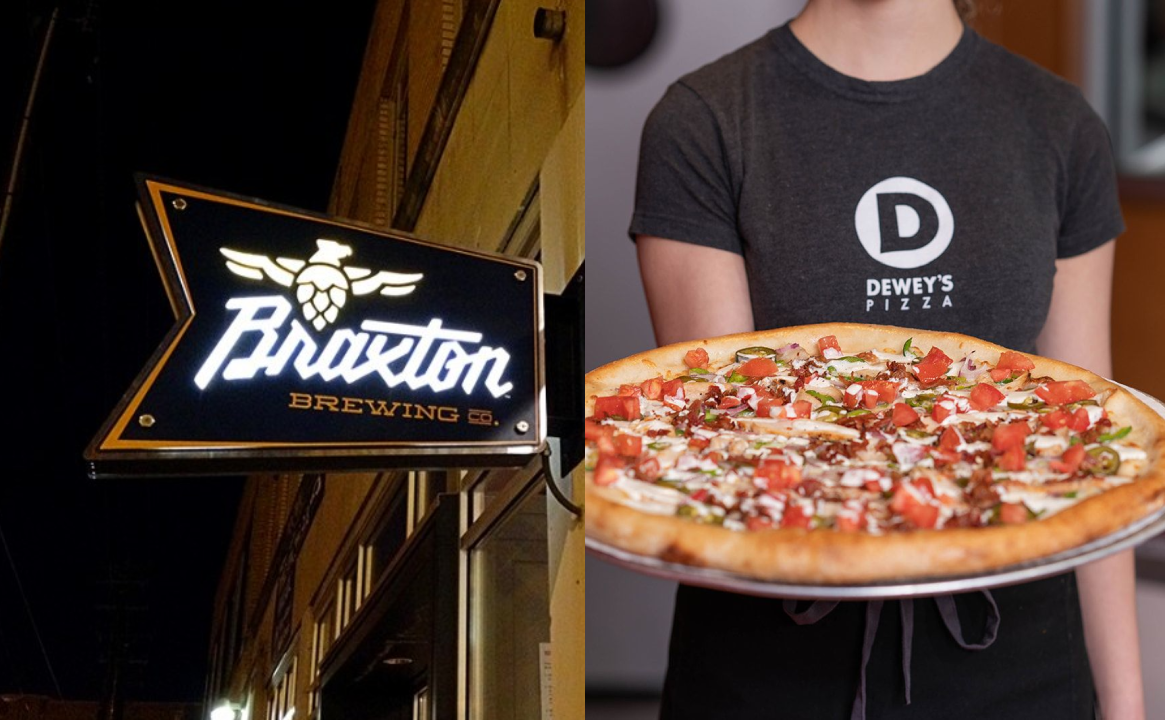 Both Dewey’s and Braxton are household names in the region, and the new restaurant will be the second Dewey’s in Northern Kentucky and their eighth location in Greater Cincinnati. The companies are joining together to be a bigger part of the communities they serve, something both brands say they have always focused on.

“The revitalization of the community and the alignment between brands made it an appealing choice,” says Chuck Lipp, President of Dewey’s Pizza, in the announcement.

Pizza and beer fans should be on the lookout for the new Dewey’s Pizza in Covington, set to open in early 2023 at 43 W. Seventh St.