Home Sponsored 10 Things to Do on the Great Miami Riverway

If you’re opting to travel for a couple days within driving distance or looking for a day trip, the Great Miami Riverway offers options for everyone. A shopping spree with your girlfriends, a beer trail with neighbors, or a day with the family—there’s dozens of activities along the Riverway. Here’s a sampling of our favorites.

Take in the view along the river’s scenic stops like the vista at Shawnee Lookout. Aside from the lookout itself, the park also has trails, a playground, the historic Springhouse School, and Native American archaeological earthworks.

Sleep in a tent—on the river

Who knew floating in a tent on the river was possible? The only public floating tents in Ohio are located at Treasure Island Park in Troy. Take a raft out to the anchored, inflated tents and bring your camping trip to a whole new level.

With more than 300 miles of paved off-road bike trails, ride the scenic riverfront towns on the Great Miami River Bike Trail. Bring your own two wheels or stop by Spoken Bicycles in Middletown, Whitman’s Bike Way Bike Shop in Miamisburg or the Troy Family Bike Shop in Troy to rent one for the day.

Surf a wave on Ohio’s only national water trail

You don’t need to travel to the West coast to hang ten. Catch waves on the Great Miami River’s whitewater! If you’re a newbie to surfing, The Dayton Surf Company River Surf Shop offers lessons, and if you’re ready to jump right in, they’ll help you suit up for a day on the water.

Tour the museums of the National Aviation Heritage Area

If you’re looking for a rainy day activity for the family, take a trip to Dayton’s National Aviation Heritage Area. The National Museum of the United States Air Force is both the largest and oldest military aviation museum, and it’s located next to Wright Patterson Air Force Base. Nearby, the Carillon Historical Park has the Wright Flyer III on display. It’s the world’s first practical airplane and a National Historic Landmark.

Local businesses are located up the Riverway, but districts like Miamisburg Main Street, Troy, and the Oregon District are great areas to shop. From home goods and gifts at Luna Gifts & Botanicals and Bonnett’s Book Store to satisfying your sweet tooth at Grandpa Joe’s Candy Shop and 3 Dips Ice Cream Shoppe, there are loads of unique stores and tasty treats.

Search for outdoor murals throughout the city, like the Shetter Carnival Mural depicting what life looked like on the canal in 1914. Others include the vibrant musical mural downtown and the iconic Miami-Erie Canal mural too. Take the day to spot them all.

The 300-acre sculpture park features more than 80 massive outdoor sculptures displayed in a landscape that features lakes, rolling hills, and hiking trails. Rent a golf cart to drive through the park on your hunt to find all the sculptures.

The Native American, frontier, and canal history museum has several attractions on-site, including the farm museum and the popular drawn canal boat. Pulled by a team of mules, the replica boat simulates what transportation and cargo travel was like in the 19th century.

Warped Wing pays homage to Dayton’s aviation history and Carillon Brewing Co. brews beer true to the era. Other breweries include N.E.W. Ales Brewing, Dayton Beer Company, and Lock 27 Brewing in Dayton; Lucky Star and Star City in Miamisburg; and plenty more. If bourbon is your thing, Century Bar was named one of America’s best bourbon bars for the eighth consecutive year and there’s a gluten-free beer option too, Rolling Mill Brewing Company in Middletown. 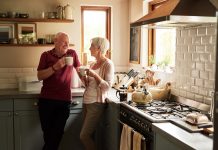