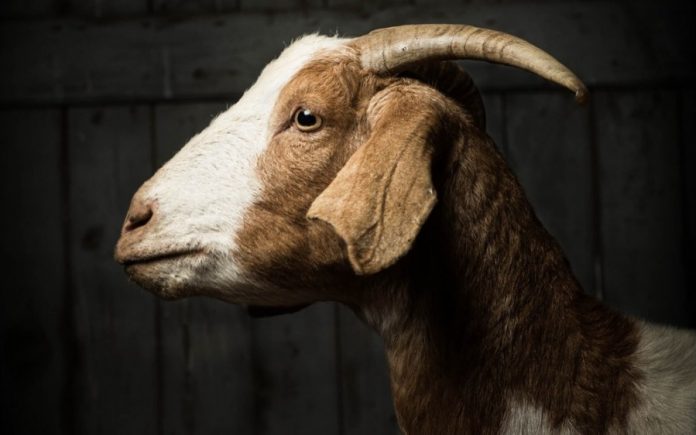 Goats pulling kegs of beer through the historic streets of Over-the-Rhine. Snowmen burning in the night. Sausage Queens balancing plates of brats on their heads as they do the splits, before breaking into song (“Sweeeeeet sau-sa-ges…BA-BA-BAHHH,” to the tune of “Sweet Caroline”).

This is a snapshot of the gonzo world of Bockfest, which takes place in late winter at more than a dozen venues downtown. Since its inception in 1993, the festival celebrating Cincinnati’s beer-soaked Old World heritage has grown into an annual gathering of roughly 30,000 people, an inordinate number of whom show up in dirndls, lederhosen, and monk robes. They parade on the first Friday in March from Arnold’s Bar & Grill to the main event—a party in the bowels of Christian Moerlein’s Bockfest Hall—kicking off a weekend of live music, historical tours, a 5K, brewing competitions, and an astonishing amount of guzzling.

But when the Bockfest horde descends on OTR this month (the parade starts at 6 p.m. on March 6—set your alerts!), things might feel a little different. After 10 years at the helm, Mike Morgan is handing the reins over to the next beer nut. Some might know Morgan from his Queen City History walking tours, his work as a real estate lawyer, his book Over-the-Rhine: When Beer Was King, his giant red 1975 Cadillac Eldorado, or from tall tales involving his generally awful luck (more on that later). But most know him as the czar of Bockfest.

Nursing a pale ale inside Arnold’s, the place where it all began, Morgan told me how a ragtag crew of small-time beer barons, business owners, and prodigious drinkers-at-large took a small neighborhood gathering and turned it into one of the most rollicking festivals in the city. Passionate, hilarious, unrepentantly ribald, and proudly outspoken, you get the sense that Morgan might be a man born in the wrong century—that he would have thrived in the era that his Bootleggers and Booze walking tours document. Now that the statute of limitations has expired, what follows is Morgan’s story—told in his own words—of Bockfest triumphs (Sausage Queens!), tragedies (Blizzards!), and everything in between (Questionable moral judgment and illegal activity!).

Some might say it’s a tale told by an idiot, full of sound and fury, signifying nothing. But such naysayers have never experienced the euphoric high that comes from leading a goat down the shadowy streets of an old city in the waning days of winter to witness the ceremonial tapping of a keg of strong dark beer. Mike Morgan knows what that feels like.

To him Bockfest has always been about Over-the-Rhine—its past, present and future. “My vision is that all of this ridiculousness will produce a stronger sense of community in groups of people with shared interests, and a stronger sense of identity for Cincinnati itself,” he says. “It’s the festival of the people.”

Yes. And a few goats.

Here are some beer labels from Cincinnati’s brewing past: