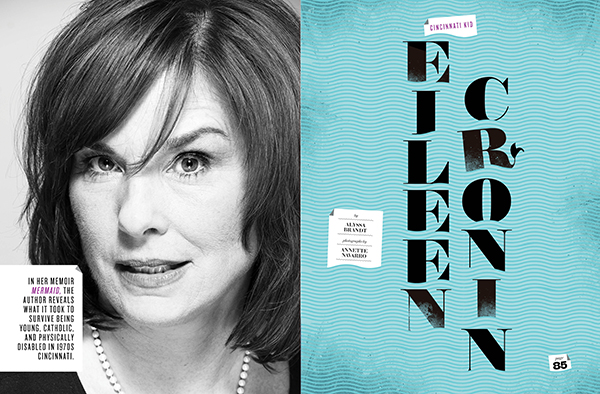 Eileen Cronin knows from different. Sure, growing up in a huge Catholic family wasn’t uncommon during her childhood in Cincinnati in the 1960s and ’70s. And having a mother who battled mental illness wasn’t entirely unheard of either. But being born without either of her lower legs was pretty unusual. It’s not terribly surprising then that Cronin’s new book, Mermaid: A Memoir of Resilience, which documents the challenges she faced as one of 11 kids in a competitive Finneytown clan and her search for the truth about her birth defects later in life, is already in its second printing. Favorable reviews in The Washington Post and O, The Oprah Magazine helped, too.

On a chilly Saturday in March, Cronin, who is now 53, made her first visit back to her hometown in years. In the middle of her book tour, she was invited to speak at St. Ursula Academy’s annual student leadership workshop. Standing in the school’s cafeteria with one of her prosthetic legs propped up on a chair, she gamely tried to engage the students in a dialogue about Shakespeare’s famous aphorism “To thine own self be true.” What did it mean to them? None of the girls wanted to be the first to speak, to stand out. But as her book makes plain, Cronin was raised in a harsh spotlight—the kind that having a physical handicap and simply being different tends to attract, even (or especially) in an upper-middle class milieu that prides itself on being the epitome of normal. She endured more than her share of bullying, mean nuns, and discrimination as she forged her path; these days she’s a practicing psychologist who lives in Los Angeles with her husband and daughter. So despite the déjà vu, she wasn’t going to let anyone off easy. She scanned the crowd, nearly all of whom were decked out in the teen girl’s weekend uniform—leggings, fleece jacket, ponytail—found the one girl sporting short hair and a flannel shirt, and called on her.

You’ve changed many names in your book, notably those of all your siblings. But you must have known that parlor games of “who’s who” would be popular among old friends and total strangers who grew up in Cincinnati in the ’60s and ’70s. Sure. It’s a big enough but small enough town that everyone knows each other. I did that to protect the people who weren’t maybe the nicest characters in the book. If I had legs, they’d think, Oh, that’s what siblings do. If you knew all the names I had to take out. People called my brother Stevie “Chink.” I was the one without legs, but not the only one taking bullets.

As one of 11 kids, which was harder: learning to walk on wooden legs, or getting your mother’s undivided attention? Definitely the latter. There’s a good reason why people don’t have 11 kids these days. You can’t be tuned in to all of them. I did have her attention when I was really young—a lot more than my siblings because they were out on softball teams and such. I was sitting on the couch with a chain-smoking mother, watching soap operas. That was my bonding time!

Did your siblings ever resent the extra attention you received? No one ever said that. Grade school was pretty isolating for me. I had some friends and did Girl Scouts, but all my siblings were really popular and the phone wasn’t ringing off the hook for me. When my mom had her second nervous breakdown, the doctor told her she needed a hobby. She got into antiques and I went to all the antique shops with her. Interestingly, every one of my sisters has had a career built around interior decorating and antiques. I was the one going to all the shops and by adulthood I never wanted to see an antique again. To them, it’s their connection.

What made you decide to write this book now? I’m getting older. I don’t know how long I’m going to live, and what I was afraid of I’m not afraid of anymore.

Such as? I didn’t want the world to visualize me without legs. I reveal so many things in the book. There’s sex in the book—my sex life! I don’t care. That’s the beauty of being 53. I just don’t care.

What has been your family’s reaction to the book? When you have a family
with 11 kids and someone has a serious disability and someone else is bipolar
and mom has mental illness, it’s not going to be a nice story. [However] my younger brother is thrilled. He loves it. We’re still very close and we’re definitely the oddballs of our family and relish that. I don’t have a clue about anybody else. I mean, I have a clue; the ones that don’t like it, their friends write negative things on Amazon.

The way you write about your prosthetics in the book, it’s very honest, but also quite funny at times. You got your first pair of legs before starting kindergarten. Were they really wooden? They were really wooden back then, and then they went to fiberglass. [Pointing to her mechanical knee] Everyone has seen that since the war. I’ve always had a cover on mine because I’m vain. From a distance, with a skirt on, they look kind of like legs. I call them “Cabbage Patch girl” because that’s what the material looks like. There are women now who are ex-military who are not vain, like Tammy Duckworth [an Iraq war veteran and double amputee who is now a U.S. Congresswoman from Illinois]. You’ll see pictures of her legs that are just the understructure. It’s now become kind of a symbol of power and strength and warrior mentality. But that’s not my story.

You describe so many mishaps involving your prosthetic legs. As a college student one flies across the dance floor as you’re twirled by your partner. As an adult you lose one on the streets of Manhattan as you ride on the back of a Schwinn. But it’s the roller coaster incident that had me holding my breath. That was at Stricker’s Grove! I’ve been in a lot of life-threatening situations. I drove a car once and as I got out, my foot was left behind on the floor. Had the foot detached three minutes earlier on the George Washington Parkway in D.C., that would have been bad.

You had a tough time as a student at St. Vivian’s in Finneytown. You were teased—often by your own siblings—and frequently felt lonely. And your description of the nuns lives up to every cold, unfeeling stereotype out there. In fact, the first time you hear the word thalidomide in connection with your missing legs it’s from a nun who shares it with your fifth grade class like you’re not even in the room. I know I wasn’t a person to some people. I don’t even know if I’m a person to certain people in my family.

But life really changed for you when you got to Ursuline Academy. I didn’t have to sit on the couch anymore. I went a little crazy and I had a lot of fun in high school. Many of those friends I’m still in touch with and all of them have reached out since the book was published. I’m not a practicing Catholic, but one great thing Catholic schools offer is an all-girl school. My daughter attends an all-girl Catholic school in L.A. It’s the last thing I thought I’d ever do.

In the book you say that whenever you asked your mother about taking thalidomide she always denied it and chalked your missing legs up to “God’s will.” My mom didn’t know how to tap into an emotional world that I might live in. She did not have a clue. In my early 20s, she said, “We don’t understand you.”

When did she finally tell you the truth? When I sold my book. [When] I told
her my book would be published, her first words to me were “Oh my God, those thalidomide people are going to be so happy.” And I went, Huh? You’ve got to be kidding me, lady! Why didn’t you tell me before?

Why didn’t she? I think she had always hoped I would figure it out without her having to say it. And I did have to do that. I think because of her mental illness a lot of people advised her “not to go there.” I really didn’t blame her. I had done the research; I knew she was a victim. But I was being victimized because of the cover-up, and felt completely dismissed.

As you tell it in your book, she claims to have gotten the thalidomide from a stewardess on a flight to Germany. That’s what she says. It could have been her doctor. She loved that guy; he delivered all 11 of her kids. That day I was born, what would you do if you were the doctor and you have no explanation and your patient is religious?

Your own research on thalidomide led you to a startling revelation. That drug being in the United States is because of [Richardson-Merrell], a Cincinnati-based company. Nobody here talks about it because it’s a town that doesn’t like to air its dirty little secrets. A lot of middle- and upper-class women were taking sedatives [back then] because of the drudgery of their lives. Thalidomide was an accident waiting to happen.

Your book is very much a time capsule of ’60s and ’70s Cincinnati. It was a more “hands off” era in terms of parenting. You and your siblings had a lot of independence at a young age—much younger than kids today. Sixteen-year-olds in cars with open beers driving around! It was happening and I think the parents knew. Breaking into swimming pools if we knew the families were away. It was crazy.

What was Finneytown like back then? Power Catholic central. Our neighbors were [International Right to Life Federation founder] Dr. John Willke; [former Cincinnati mayor and U.S. congressman] Don Clancy; and [Lincoln Savings & Loan scandal poster boy] Charlie Keating—the trifecta of Finneytown. And [WCPO Channel 9 news anchor] Al Schottelkotte lived behind us. It’s exciting to me that Cincinnati is changing. I had this impression from my family that Cincinnati was a rigid Catholic world, and it’s much more cosmopolitan than I ever thought it would be. I would seriously consider moving back at some point.

It’s your destiny. Everyone comes back, right? If I moved anywhere it might be Yellow Springs. It reminds me of New England. But Cincinnati is a different place. I had no idea.

Illustration by Annette Navarro
Originally published in the May 2014 issue. 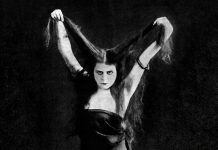 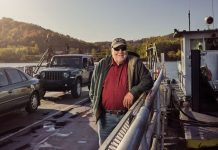 Paul Anderson Has Been Working the Anderson Ferry For 58 Years 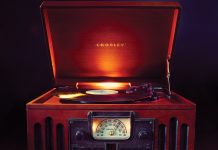