“It might not be visible yet,” says Elizabeth Bartley, executive director of Westwood Community Urban Redevelopment Corporation, but years of behind-the-scenes work should soon show results for Westwood’s Central Business District. Cincinnati awarded the community a $250,000 capital grant to rework the Town Hall property—great news for nearby mainstays like Henke Winery and Tom Bonhaus Auto Service. Plans are also in the works for a restaurant in the decommissioned firehouse and a brewery in the old KS Design building, both just a stone’s throw away.

Equally inspiring is the way this community’s myriad civic organizations work to draw people together. Westwood Works rotates meeting sites at various neighborhood businesses “so residents will become more familiar with them,” says founding member John Eby. The same group also organizes everything from choral concerts to pop-up beer gardens to free movie nights and farmers’ markets in the area, too. And community supporters have welcomed former Northside-based nonprofit Cincinnati Urban Promise (CUP) with open arms to an old nursing home facility at Harrison and McHenry. CUP will offer services such as literacy training, a soup kitchen, and daycare “smack dab in an area that needs it,” says Mary Jenkins, president of the Westwood Civic Association. Add up all these changes, says Eby, and it’s clear that “we’re moving the needle in Westwood, and people are noticing.” 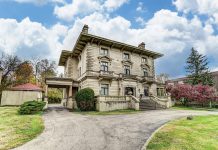 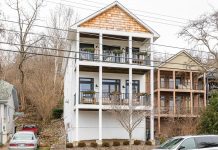 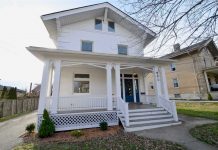