When an expensive house hits the Hyde Park real estate market, it is hardly news.

Even so, the big old pile on nine acres along Erie Avenue caused a bit of a stir when it found a buyer for more than $3 million in June of this year. Thoroughly renovated, the three-building estate is a gem for sure, and it has an interesting back story.

The house was built in 1927 by a man named Gilbert H. Mosby and it was designed to impress visitors as a testament to a real rags-to-riches story. Less than a decade before he built his mansion, Mosby had a factory job on Pearl Street, churning out a cure-all potion sold as “Vola Tonic” for a company known as Vola Remedies.

In 1921, Mosby married a young lady (he was 34, she was 18) named Roberta Epperhardt, and incorporated his own tonic manufactory, the Mosby Medicine Company, to produce an elixir sold as “Konjola.”

It’s difficult to determine, exactly, what went into proprietary nostrums like Konjola and Vola Tonic. It is impossible to tell if Mosby developed his own formula or whether he stole or adapted a recipe from Vola Remedies. Roberta later claimed Konjola was her idea. Mosby claimed Konjola would cure nervousness, indigestion, rheumatism, neuritis, catarrh, constipation, stomach trouble, general weakness, kidney problems, and liver dysfunction. We know Konola had lots of herbs. It also had the secret to Mosby’s success in this Prohibition era—lots of alcohol. According to Charles Westheimer, writing in the Cincinnati Historical Society Bulletin [Fall 1976]

“Mosby was popularly known as the “Konjola King” for the name of the patent medicine he manufactured on Reading Road and sold all over the United States. It was a vegetable concoction with a high alcohol content that could be sold without prescription and gave comfort to many who could not or would not find a bootlegger to ease the strictures of prohibition.”

Konjola sold like bathtub gin in the Roaring Twenties. Gilbert and Roberta started Mosby Medicine by mixing up tubs of Konjola in their basement and bottling it themselves. By 1927, Mosby owned a factory on Reading Road in Avondale and was planning an even bigger complex up the road. Mosby bought a spectacular neon sign, 84 feet long and 32 feet high, to advertise Konjola on the central pier of the Atlantic City boardwalk.

And then it all fell apart.

Both Gilbert and Roberta had champagne tastes and wandering eyes. He owned an outlandishly expensive Isotta Fraschini auto. She owned a lot of furs. He chased a New York showgirl named Gladys Deering. Roberta was seeing an aeronautical entrepreneur named Hugh Watson who operated what later became the Blue Ash Airport. They filed competing lawsuits for divorce in 1929 and Roberta walked away with the largest alimony ever awarded to that time in Hamilton County: $400,000.

Gilbert gave her the house and some cash to settle up. The payments sent his company into receivership and he declared personal bankruptcy in 1934.

By then, Prohibition was over and the demand for alcohol-rich tonics was waning but Mosby gave medicinal concoctions another shot and launched a new elixir named Indo-Vin, billed as “ethyl fuel for the human motor.” He also remarried at the age of 48, to 24-year-old Annie Marie Willis, a cashier at a Vine Street restaurant. The marriage was short-lived and they divorced after a couple of years.

Mosby moved west, cashing out his shares of Indo-Vin and landing an apartment on Sunset Boulevard. He created yet another medicinal corporation, now based in Hollywood, to sell his latest concoction, Van-Tage. Despite advertising endorsements by some B-string movie stars (Does Robert Woolsey ring any bells?), Mosby found himself in trouble again. This time, his opponent was the Food & Drug Administration, which ruled against Mosby in 1938, asserting that his mixture of water, glycerin, caramel coloring, and some miscellaneous herbs had no medicinal effects.

By now, Mosby was remarried yet again, to dancer and Hollywood model Billie Huber. On their wedding day, Mosby was 50 years old. His bride was 18. The wedding made national news because the ceremony took place in a mine hundreds of feet beneath Virginia City, Nevada. Perhaps the remote location was an attempt to evade Betty Miller, a 20-year-old singer and actress who was suing Mosby for breach of promise.

The federal case shuttered Van-Tage and Mosby relocated back to Cincinnati, where he organized a new business in partnership with George Remus, notorious bootlegger and wife-murderer. By 1942, Remus was living quietly in Covington, operating a small contracting company when he invested in Mosby’s Gil-Jan Medicine Company. The name of the new tonic reflects Mosby’s fourth marriage, to Dallas nightclub entertainer Janet Walters.

On Wednesday, 24 May 1944, Mosby was out of the medicine business, eking out a living as a salesman for a home decorating company, and he was feeling poorly. Janet put him to bed, then left a note telling him she was leaving. Mosby awoke in the evening and wandered onto the streets, apparently looking for her.

At the corner of Fifth and Walnut, Mosby collapsed and struck his head on the pavement. He never regained consciousness and died June 2, 1944, at General Hospital. A tip to the police claimed Mosby had been blackjacked by unknown assailants in the Turf and Field Café at 532 Walnut street, but witnesses said there was no foul play; he just keeled over on the sidewalk.

Gilbert Mosby is buried in an unmarked grave at Baltimore Pike Cemetery in Fairmount. George Remus was among the eight mourners attending his funeral. His wife, who claimed she had no money to make the trip from her mother’s house in Cleveland, was not there. 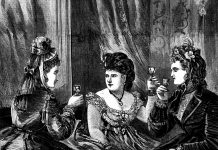