The revamped post office at 13th and Vine feels cozy but not claustrophobic. Well placed mirrors seem to expand the interior. Table seating is close, so why not tuck in for dinner at the bar and choose a beer from their mammoth selection (more than 100—16 of which are on tap), including local favorites from Rhinegeist and MadTree. Chas Barracato and Dave Bever’s menu has quickly distinguished itself with its stellar fried chicken. Even the white meat was pull-apart steamy, with just enough peppery batter to pack a piquant punch. Diners can order by the quarter, half, or whole bird—but whatever you do, don’t skimp on the sides. Caramelized onions add savory mystery to crisp corn, green beans, and cannellinis (not limas) in the succotash, and the crock of mac and cheese has the perfect proportion of sauce, noodle, and crumb topping. Desserts aren’t served but Holtman’s Donuts is just down the street—should you still, by some small miracle, be hungry. The Eagle OTR seems deceptively simple on the surface, but behind that simplicity is a secret recipe built on deep thought, skill, and love. 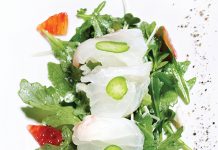 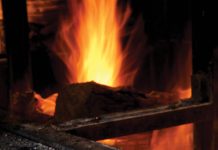 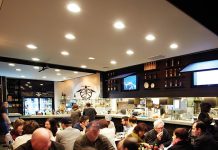